Two ADCP and two V50 will be deployed (three measuring from the bottom to the surface and one measuring from the surface to the bottom) to measure the vertical profiles of currents. V50 also have a wave array allowing the measurement of the sea states at a given point. One Lidar WINDCURV2 will be deployed to measure winds. Drifting buoys will be used to measure sea states at many locations inside Raz Blanchard. One stereo-video system will be set-up to measure the height of the bottoms in addition to one ADV to obtain current velocities values near the bottom.

The instruments will be launched thanks to the nautical means of CNRS and Genavir. 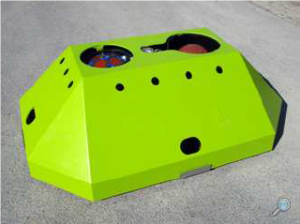